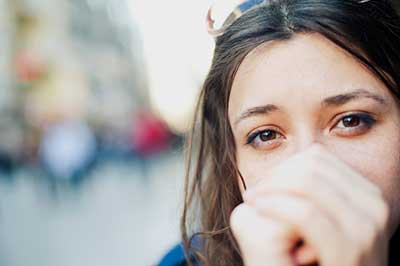 Campaigns to end domestic abuse typically focus on the most visible, and perhaps most extreme, form of domestic violence: physical assaults. But there is a more common form of abuse that can be just as insidious, but very difficult to recognise. Psychological abuse sometimes precedes physical abuse, but some abusers limit themselves to psychologically torturing their victims only. When this happens, loved ones might not take the abuse seriously, and the victim might even question whether the abuse is real.

What is Emotional Abuse?

Like physical abuse, emotional abuse runs a gamut from moderate to quite severe. Every relationship has problems, and it’s not unusual for partners to say or do things they regret. Emotional abuse is characterised by a pattern, not by a single instance of name-calling that is swiftly followed by an apology.
Both men and women can be psychologically abusive, and abusive women are more likely to engage in psychological, rather than physical, abuse. Men still remain the leading culprits in both physical and psychological domestic abuse.

Some classic signs of emotional abuse include:

How Emotional Abuse Harms Victims Emotional abuse might not leave physical scars, but its emotional impacts are far-reaching. Victims begin to doubt themselves and their realities, potentially causing them to stay in abusive relationships long after they’ve suffered intense damage. Some other issues associated with emotional abuse include:

Psychological abuse leaves lasting psychological trauma. If you are concerned that you might be in an abusive relationship, Three Seas Counselling can help. Let us show you how to get out, and how to repair the damage the relationship has done to your life and self-esteem. Choose The Three Seas and find the right psychologist for you!