Tom Selleck, David Boon, Errol Flynn, Ron Bergundy, Borat… They may not have invented the moustache but the duo who invented Movember have certainly brought it back to life!

You might not know this but Movember was founded in a pub in Brunswick Street, Fitzroy, with two mates having a chat about how they could bring back the moustache. That’s right – Movember is a Melbourne thing!

The two friends came up with the idea of rebranding the month of November, as ‘no’ was such a negative way to start a month anyway. They challenged some mates with an email: “Are you man enough to be my man?” and 30 said yes. The original beneficiaries of their efforts were the Prostate Cancer Foundation of Australia (PCFA), but they have now diversified their help into mental health.

Movember started back in 2003, a lot has happened since then. There have been 4,027,688 Mo Bros and Mo Sistas . They have raised some $580 million and backed 770 men’s health projects since 2003. The concept has gone global with hairy top lips and money also being raised all over the world. And us Aussies aren’t the number one ticket holders for the moustache – the Canadians love them even more than us!

The Three Seas love Movember and we encourage you to support any of your friends or family that are looking silly for a reason this month. Dig deep and remember the purpose behind the mo – men’s health.

As a segue between the mo and the important and serious topic of mental health in men, here are three famous mo bros who have been man enough to talk about their battle with and recovery from depression and a couple who very sadly didn’t make it.

Jon Hamm was only 20 when his father died, and this event sent him into the abyss of depression. It is very common for major events to be a trigger for depression. Luckily he sought help and with counselling and antidepressant medication he was able to get back on track and become the superstar we all know and love.

Owen Wilson’s on-screen personas didn’t give any indication that he might be capable of attempting to take his own life. But that’s the thing with depression: people you know very well can hide their mental health issues and sometimes, like Owen, if they’re using drugs and alcohol too, it can all just become too much and they can decide they don’t want to go on.

Visit our Signs of Depression page to learn more about what to look for if you’re worried about a friend or family member.

For David Arquette, alcohol abuse was at the heart of his depression. His separation from his wife Courteney Cox, again a major life event, triggered the sadness and he used the alcohol to dull the pain. Once he broke the cycle of alcohol abuse, he was able to conquer the depression.

Unfortunately for everyone, our very own Heath Ledger who had been troubled with depression, anxiety and insomnia, overdosed on a cocktail of sleeping pills, painkillers, and anxiety drugs. The rich and famous, are no more immune to the triggers of depression than anyone else, and after his breakup with actress Michelle Williams, the mother of his then two-year-old daughter, Heath began the familiar spiral down. If only he had sought counselling from a professional psychologist instead of self-medication, we might have been watching his enormous talents for many years to come.

Similarly tragic was the loss of Robin Williams to suicide. Williams, the ever exuberant and much loved international superstar comedian, was battling depression, alcoholism and also suffered delusions and paranoia brought on by his Parkinson’s disease. No one could have predicted he would take his own life. As a society, we have a long way to go before men feel ready to reach out and accept help about their mental health in the same way as they would about their physical health.

We say “go Movember! Keep up the good work of raising the awareness on mental health and also all the useful cash! We love you!” 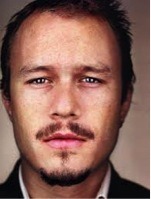