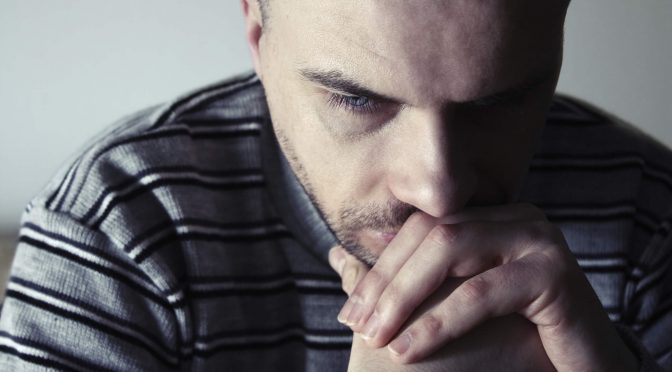 In the popular imagination, post-traumatic stress disorder is reserved for those who have suffered truly horrific traumas, and horrific traumas are relatively rare. The research suggests otherwise. Trauma is common, with 60% of adults experiencing a traumatic event during childhood alone. Nearly a million Australians experience PTSD in any given year, making this life-altering condition the second most common mental illness. Odds are good that someone you know has PTSD; it might even be you. Many people struggle with this condition without knowing that their symptoms have a name and a cause. But therapy can help you recover from the pain of trauma.

Though trauma and other life challenges can increase the risk of developing a host of mental health issues, PTSD is the only mental illness that can only occur if a trauma has taken place. Trauma is more than just daily stress or unpleasant events; you don’t, for instance, get PTSD from a bad hair day, a breakup, or stress waiting in line. Instead, you must experience something that causes you to fear for your own or someone else’s safety. So a breakup might make you vulnerable to PTSD if your ex stalks or abuses you, or if you find out your partner has had a child with someone else.

Suffering a traumatic event is a necessary condition for developing PTSD, but trauma doesn’t always lead to PTSD. Indeed, most people experience some sort of trauma, but less than half will develop PTSD. Some research suggests that it’s the type of trauma that matters. Interpersonal traumas such as rape and domestic violence are far more likely to cause PTSD than impersonal traumas such as a natural disaster.

A number of risk factors can increase your odds of developing PTSD. Those include:

What are the Symptoms of PTSD?

Every person experiences PTSD differently, and you don’t have to experience every symptom to qualify for a diagnosis with this condition. Generally, PTSD is characterized by anxiety, particularly about the source of the trauma. For instance, a rape survivor might be afraid of going out alone or of unfamiliar men.

Some other symptoms of PTSD include:

How is PTSD Treated?

PTSD fundamentally changes your brain chemistry, so it’s not that you’re having trouble adjusting to life after trauma; it’s that your brain has altered the way it responds to stress. Thus treatment focuses on meeting both your psychological needs and addressing the very real physiological changes PTSD produces. PTSD is treatable, and counselling is indispensable in the treatment journey. Some strategies that often help include:Heather Ligouri Esposito we usually text a few times per day. He’s a nurse – so he doesn’t get much downtime.

McKenzie Hildreth Ring A handful of random texts throughout the day. A call at night if we are not together.

Every couple has different needs in terms of communication. I get crabby if people text or call me all day. It makes me feel smothered. Just do you.

Kate Anderson Usually a good morning text, maybe something in the afternoon if he gets a chance; mostly they’re just xoxo texts back and forth (dorky mushy). If something is going on, we pass most stuff along by text. He’ll call if he needs to tell me something over the phone.

It used to be he’d call once or twice a day, but I got tired of it after a while, because we had nothing really to discuss, and it was messing with the flow of my day. What we do now is perfect.

Gianna Karels I run into the problem with my guy that he thinks because I work from home that I don’t work. He has a computer / desk job, so he sometimes screws around on the internet, sends me links, texts me, calls me, and I’m usually working so I don’t always reply or answer. He thinks I’m ignoring him, I try to make him realize that just because I’m home doesn’t mean I’m not working. He still doesn’t quite get it.

When a traumatic event has overtaken your life, it’s tempting to think you can never put the pieces back together again. But people can and do recover from trauma, and with counselling from Three Seas, you can join their ranks.