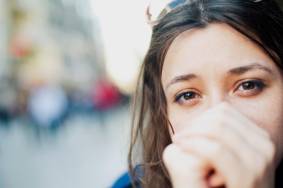 September is Suicide Awareness Month: 5 Things You Need to Know About Suicide

This September, a wide swath of organizations will be doing their part to end suicide once and for all. September is International Suicide Awareness Month. About 2,000 people die of suicide each year in Australia, with thousands more surviving suicide attempts—and often living with permanent disabilities resulting from these attempts.

Many people contemplate suicide and want to look away; after all, it’s one of the most horrifying actions another person can take, and many people don’t want to believe that their loved ones are at risk of suicide. In honor of Suicide Awareness Month, here are five suicide facts you need to know.

Popular wisdom suggests that people sometimes threaten suicide to get attention, but the research says otherwise. A person who threatens to kill himself or herself is in imminent risk of doing so. Suicide often comes with other warning signs, too, including:

You Can Help a Suicidal Loved One

If someone you love is feeling suicidal, don’t turn away and don’t shame him or her, since these actions can push your loved one closer to suicide. Instead, try some of the following:

Mental Illness and Substance Abuse Are Linked to Suicide

Most people who struggle with mental illness have contemplated suicide at one point or another, and substance abuse can compound the desire to die, since drugs and alcohol undermine judgment. If someone you love is struggling with addiction or mental illness, carefully monitor them for signs of suicidal thoughts or feelings. You may save a life if you do so.

Though only a small portion of Australians kill themselves, many more attempt to do so. Suicide is common, and it affects people of all ages and walks of life. There is not a “type” of person who kills himself, so don’t reassure yourself with vague proclamations that your loved one is emotionally healthy, or just not the sort to commit suicide. If someone you love is in psychological distress, suicide is a risk that you must take seriously. Ignoring suicide could endanger the life of someone you love.

Suicide Affects Even the Very Young

Young people have so much to live for, and so much time to achieve their goals. So it’s tragic that they are actually the group most likely to kill themselves. Inexperience dealing with life’s challenges, undeveloped brains, financial problems, lack of social support, and a host of other difficulties conspire to convince young people that suicide is the best—and maybe the only—way to manage their problems. Sadly, young people may not be willing to discuss their emotions, due to fear of punishment, mental health stigma, and concerns about whether they are “normal.” If a young person you love is at risk of suicide or struggles with mental health problems, don’t be afraid to initiate the conversation. Asking a loved one how they’re feeling, contrary to popular belief, won’t increase the likelihood he or she commits suicide; indeed, this may be the one thing that prevents another tragic suicide.